The Indian Income Tax Act states that any consideration that if a company receives from a resident in excess of a fair value, then such shares will be taxed as ‘income from other sources’.

But the critical question boils down to what can be considered a fair value?

At present, the angel tax rate stands at a whopping 30 percent, which according to Nasscom has resulted in a 53 percent drop in angel funding during the first half of 2017.

“We have spoken about this issue. The methods of assessment in India are flawed, which creates a mismatch between how investors assess a startup and how tax authorities do the same. It is very arbitrary,” says prominent angel investor Mohandas Pai, who has invested in over 40 startups startups such as Zoomcar, Tripoto, Tracxn, GoCoop, LetsVenture, HomeLane, Zimmber and others.

Startup investors are hopeful that the government will resolve the issue of angel tax in the upcoming budget, which is one of the major key reasons for a sharp fall in angel investment for startups in 2017.

Another prominent angel investor Sharad Sharma, who is also the co-founder of Indian Software Products Industry Round Table – iSPIRIT, feels the angel tax is arbitrary, but it isn’t the only factor that is pulling down angel investment in the country.

“The startup ecosystem is witnessing a seismic change. Policies will evolve accordingly. iSPIRIT is strongly pushing for the abolition of Angel Tax, but that is not necessarily a budget issue. The government recognises it so we hope it will happen in due course,” Sharma says.

In the quarter ending June for instance, venture capital investments in startups in India declined by over 25 percent from a year ago. The amount slid to USD 275 million in 78 deals from last year’s USD 309 million in 104 investments, according to a report by research firm Venture Intelligence.

Ishan Singh, an angel investor part of Mumbai Angels Network agrees with iSpirt’s Sharma. Singh is optimistic about 2018 and says that the cautious sentiment among investors is due to other macro factors such as demonetization and GST, while “angel tax” is just part of the problem.

“Some reports suggest a 30 percent drop in startup and Series A investments in 2017. Most reports suggest this due to lack of Series A exits and investors being wary of the sector. However, this is not entirely true. The fact is that 2017 saw exits of USD 2.55 billion, which is nearly 40 percent higher than the previous year,” Singh says.

But no doubt, Angel Tax remains to be a bone of contention between authorities and investors, even after the government exempted ‘innovative’ startups from this tax in 2016 budget.

Whether a startup is innovative or not, currently depends on a certification by the Department of Industrial Policy and Promotion (DIPP), which is further weighed down by several other riders. This has led to several companies not being incubated inside government registered incubators or eligible for government grants.

“I as an investor have submitted a mammoth amount of documentation to support the funding and valuation reasoning. It’s kind of harassment. Angel Tax must go… We require more angel capital. But angel tax has a reverse effect,” Manish Singhal, founder of Pi Ventures says.

While investors are hope to get more clarity on the “innovation” clause, the solution to safeguard angel investment, Pai says, is to allow only accredited angel investors to be part of the system.

“Angel tax is to prevent unsafe money entering the system. Since there are concerns that investments in startups may not be necessarily made by genuine investors, angel groups and genuine high net worth individuals can be accredited just like venture capital funds are. (The government should) allow HNIs to register as accredited angel investors,” advises Pai.

Venture investor Ankit Totla, who recently launched a unique platform Investimonial to connect genuine investors with aspiring start-up entrepreneurs feels that tax authorities must be educated and made aware of the valuation process to avoid a mismatch between calculations.

“Tax authorities have a very narrow view of any entity that is earning profits. That legacy point of view has to change to let startups flourish,” he adds.

The investors are expecting the upcoming budget to also announce concrete measures for continued push and incentive for digital payments.

“Expanding the coverage of Mudraa and other credit guarantee schemes to cover new age business models and fintech platforms will help the sector to get more access to credit and digital existence. Secured API access to customer information using GST system and simplification around GST will be an additional benefit,” Totla says.

Currently, a tax is levied on exercising the employee stock option, which makes it difficult to hold on to the stocks.

“Tax should rather be levied on the sale of such stock options. We want people to hold on to their stocks, but the current tax format prevents that,” Pai says. 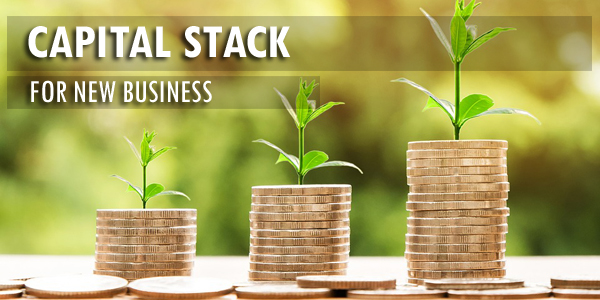 Read more
This template supports the sidebar's widgets. Add one or use Full Width layout.
BOOK AN APPOINTMENT
news